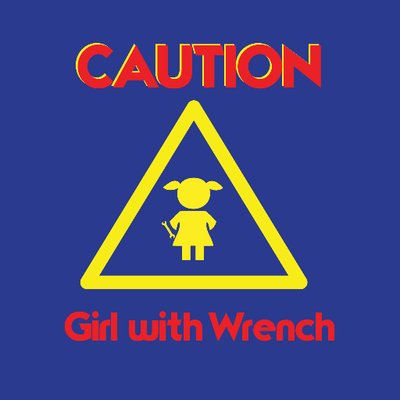 What is a major challenge you faced when you started the first all girls FRC team in Canada?

Twenty years ago, an all-girls robotics team was a unicorn – rare and enchanting. Our greatest challenge was overcoming the perceptions of others. It was a challenge for others to see the team as it saw itself – as a serious contender in a largely male dominated field – certainly not as a rare and enchanting creature.

What are some challenges that you observed the team or individuals on the team facing?

Being taken seriously was key; it transpired into other areas of our work. Although we were able to secure some funding and convinced some outstanding young engineers and team dads to work with us as mentors, the challenge of an accurate perception of the team required constant attention. I took this on so that the girls and their mentors could focus on designing, building, and testing the robot. We had some real allies, although they were not called that 20 years ago! Mark Breadner, past president and co-founder of FIRST Robotics Canada was an unfailing support who, as a dad of two girls, believed that girls could do anything. There were also male allies from other teams who were incredibly supportive.

Another challenge, although well-meaning, was that mentors wanted to “do” for the girls as they observed the “doing”. Quickly, we developed a “mentor code of behaviour” which focused on team values and beliefs; one of the core beliefs became “teach, not do”. The team’s focus was learning and practicing skills as it created its own robot. Although we did not know it at the time, the robot was building the girls as the mentors supported their work and let them make mistakes, which of course is the best way to learn. As we built a network and our own FIRST family, the team’s success grew, and the girls’ confidence soared. They believed and proved that they could meet their goals and excel.

There are two key moments from our first year that I will never forget. The first occurred just after we boxed up our first MilDreaD, the robot, to send her out into the world of competition. We sat together on the floor savouring the moment;  one of the girls said,” It doesn’t matter how we do at the Hershey Centre Competition; we have already won. We’ve designed and built a functioning robot which was our dream.” She was completely right. And the second occurred at the competition. A group of boys asked several of the team members if they were cheerleaders for a team. The girls responded with “Let us show you our robot, explain our concept, and tell you how she was built.” That was A+ confidence in action and a proud moment I will never forget!

Go for it!!!! With heightened focus on equity, diversity, and inclusion, the culture in the field is slowly changing. However, girls and women must be aware of bias, microaggression and how to counteract their demeaning and confidence sapping impact. Boys and men must be comfortable as allies and speak up when they witness any negative behaviours. Adults must provide appropriate training for both girls and boys and model appropriately so that at a young age, students learn how to combat negativity and promote equity. The fields will be enhanced by the inclusion that diversity brings; girls need to know the key role they play. Girls and young women who have experienced FIRST programs gain insight, skills, knowledge, and practice that promote confidence and ability that will take them forward. These are critical points that girls must know as they undertake their STEM journey.

Could you talk about when you went to speak to the standing committee on the status of women?

I had two opportunities to give evidence (that’s what it’s called when you appear) at the Standing Committee on the Status of Women in Ottawa. The first was to speak about the impact of FIRST Robotics Canada’s role in STEM education and its role specifically in engaging girls and women in STEM programs and careers. The second presentation focused on the economic security of women in Canada who participate in STEM fields. Both presentations had equity, diversity, and inclusion at their centre.

The SCSW is a tri-partisan committee focussed on issues impacting women. To prepare to give evidence, those who appear must submit a paper (like a university essay) grounded in research, well ahead so it can be translated into both official languages. Appearing at the Committee, each presenter offers a timed address in a very formal conference room followed by questions and comments by committee members. The committee accepts recommendations; my recommendations focused on the following, among others: federal financial support for FIRST Robotics Canada to further develop programs and expand student participation; to create or amend policy to challenge the status quo in government, industry, and educational settings to boost EDI; creation of new portfolio and position, the Minister of Science; to encourage and support the development of national organizations to support women in STEM fields. Although I can’t take credit, I like to think that my suggestions were heard; FIRST has received significant federal support to advance STEM education through CanCode 1.0, 2.0, and recently 3.0: we now have a federal Minister of Science, the Honourable KIrtsty Duncan; and universities and industries have a keener eye on EDI.

In both appearances, I was extremely proud to share the deep learning that my years working with the girls of SWAT 771, men and boys who work as allies of women in STEM, and though work with the FIRST Board of Directors.  To represent FIRST Robotics Canada provided an outstanding opportunity to share these learnings with a high-level audience who can affect change that will benefit our nation.

What challenges did you face mentoring the first all girls FRC team in Canada?

In 2008/9 when I started mentoring SWAT 771, there were still very few girls involved in the FIRST program. We worked to build a database of girls’ teams and we did a survey of girls at competitions to see what roles they had on the team. Many girls at that time were relegated to non-technical roles, disputing possible interests in technical roles. We understood the critical role we took by representing files in FIRST, and tried to reach out to all girls at competitions to demonstrate possibilities.

The FIRST Community has been supportive of women and most of the challenges I faced were of a minor nature.

What are some major challenges that the team faced while you were mentoring SWAT?

People often disbelieved girls could be involved in robotics. A famous team memory was when we were out for dinner at a restaurant during a competition. A man noticed our team shirts and came to ask me what “sport” we played. I proudly told him we were “a robotics team” to which he responded excitedly. “Oh, like cheerleading! That’s so cool!” It took us a while to figure out he must have heard “aerobatic team” Honestly, robotics was the farthest idea to hum of what girls could accomplish. I’m so happy to see how much more possible this seems to the general public just 14 years later. Also, there are many more girls involved in FIRST now, in both technical and non-technical roles.

Another area of challenge we faced was, sadly, in working with other team mentors. Students at events were typically accepting and even encouraging of girls on drive teams building the robot. Team mentors sometimes were more challenging, An example was discussing strategy in an alliance prior to a match, other team mentors world try to control the discussion minimising out input. One time a mentor would not allow our team to speak! In this case, I spoke to the mentor privately which had some effect, although not as much as we hoped. We persevered and showed our strength on the field, making it to playoffs. Change can be slow but there has definitely been positive movement in this area.

One happy story of changing mindsets was while waiting for a playoff match. A team waiting to play had the chain break on their robot. They looked to everyone, except our team, for help. We had a student (female) who was a wizard with chains. SHe even carried her chain-breaker tool with her. We made the offer to help. They were skeptical, but desperate. She made all the necessary repairs while training the guy on their team for the future. The team was super impressed and talked to other teams about how awesome she was with chain. More minds shifted!

What are some challenges you have faced as a woman in STEM?

In my personal life, I studied engineering at university. There were 40 women out of a class of 400. Although a small group, I rarely felt pressure, more often surprise, about being a woman in engineering in school. I did run the Society of Women Engineers chapter on campus because I valued the support of my female peers. After graduation, I began work as an engineer in telecommunications. Mainly, I worked with people who accepted me for my skills. It was common at the time to make jokes about appearance which was awkward. Comments like “who wouldn’t want to work with her… Just look at her” thing was bad. No one wants to be judges on appearance, good or bad. People should be judged on the skills they bring to the table and trained if they lack skills. Keep it professional.

Also, Jokes related to sex and gender would be made with people looking at me for a reaction. Hard to find a good approach. I valued the allies that would suggest that these types of jokes weren’t appropriate at work.

After taking time off when my children were born, I found it difficult to re-enter the field of engineering. I hope for a time when companies see value in hiring women after child-rearing break and find ways to welcome them back into the workforce.

In teaching, the statistics are flipped with more women in this career than men. Gender was less of an issue, since I was now in the majority, however, I worked to make sure it was fair to all genders. Men are more represented in leadership roles in education, so I encourage women to prepare for and apply to these roles.

For myself, I had found my passion in inspiring girls in Science, Technology, Engineering, and Math (STEM). I loved teaching math and science and strove to become a role model and leader in this area. I was proud to be recognized with the Prime Minister’s award for Teaching Excellence in STEM Teaching along with 8 women and 9 men in 2018, the first year of this prestigious award. This shows commitment at a government level to promote gender equality in this field. I have really enjoyed mentoring SWAT 771, all the millie FLL teams and FIRST Robotics teams in general.

In 2000 two girls from St. Mildred’s Lightbourn School approached Mrs. Byers, the Head of School at the time, about starting an FRC team at their school. In the fall of 2001, they began the FRC team 771, St. Mildred’s Women Advancing Technology, more commonly referred to as SWAT becoming the first all-girls FRC team in Canada. Their first competition and build season took place 20 years ago in 2002 with a team of 18 girls and 4 mentors. Since then the team has grown to have 55 students and 7 Mentors and will be attending the Humber and Waterloo district competitions.

Since SWAT’s inception, an integral part of their mission has been promoting gender equality in STEM through initiatives such as hosting the FRC team 7329 the Afgan Dreamers in 2018 or traveling to China in 2017 and helping to mentor rookie teams at the China Robotics Competition (CRC) including their sister team; Team Mulan. In recent years their mission has shifted to promoting equity, diversity, and inclusion in STEM across all demographics. 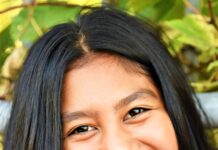 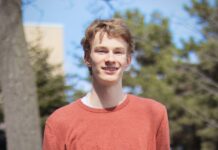 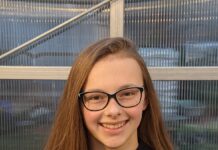 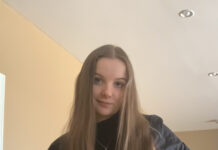 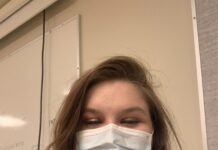