How did you get involved in FIRST?

Mr. Keenan: I knew nothing about FIRST. Hadn’t even heard of it. But in September of 2011 I got an email forwarded to me from one of the vice principals of the school I was teaching at. The original email was from a parent of a new student to the school. Essentially, it said, “Hey, I am impressed with the school (just attended an open house) and I would like to sponsor a robotics team at the school. Are you interested?” And that started it. We did a little investigation and off we went.

Ms. Kelso: My oldest son joined FIRST Team 1305 in 2013. I was hooked on FIRST after attending my first FRC Competition at Waterloo University. I had no idea what to expect, but never imagined what a FIRST event would be like. From that moment, I knew FIRST was something great that I wanted my family involved in.

Ms. Koscielski: I got involved when my son joined his high school team. Our family went with him to the competition at the Hersey Center and we have not looked back. Each of my children have been involved with the team, and continue to volunteer, mentor and work for FIRST within Canada.  The program has changed all of our lives, and it is now a family connection and a way for us to get together more.

Ms. Sils: At my first school as a new teacher, there were boxes and boxes of Lego kits at the back of my classroom meant to teach science lessons from K-10. I loved that since I believe that learning should be fun…but many were not being used by the teachers. I started to change that by finding out more and working with the teachers to help them use the kits. Then I found out about FIRST Lego League. I primed the school to start a team which they did, but I left. Why you ask? Because I was offered a job at a different school to not only teach Math and Science, but to be the teacher mentor for their FIRST FRC team. I also got to support their two FLL teams. It was a dream come true, and I never looked back. Now, even after retiring from teaching, I am still involved with FIRST as a FIRST Senior Mentor.

One FIRST memory you will never forget?

Mr. Keenan: There are so many. Ones that have to do with the robot and most having to do with the students. I will relate the one that came first to mind when I saw the question. We had just started team 4001 and I was teaching computer science and one of my best students hadn’t joined the team. One day in class I asked him why he hadn’t joined. He just shrugged his shoulders. I told him that we could use him and that he should consider it. So he joined and became the key programmer of the robot. The memorable part however was at the end of the season when his mom came to see me to say that robotics had changed her son’s life, that he was a completely different person. I hadn’t seen a change in him but his family had. That meant so much to me and the other mentors.

Ms. Kelso: During a FLL Qualifying Tournament, a student recited a poem she had written about FLL and the impacts it had on her life. The whole audience of were crying and cheering. It was one of the most moving moments ever!

Ms. Koscielski: Our first event ever, the energy, and excitement watching all of the kids accomplish so much with their robots, singing and cheering in the stands.  I will never forget that energy, it is why I am still involved today!

Ms. Sils: There are a thousand great memories and many of them involve being impressed with the growth of students involved in the program. But, I’d be lying if I didn’t call out the AMAZING feeling of hearing my name announced as a Woodie Flowers Finalist Award at the Hershey Centre in 2013. It was a surprise that I was even nominated and to slowly realize that Mark Breadner was talking about me was surreal. As I ran down to accept the award with so many people cheering, I became overwhelmed and froze on the arena floor. After someone kindly escorted me off, I got to thank my team for putting my name forward. Thank you SWAT 771 and FIRST for the memory! (Note to teams: nominate your mentors!)

Mr. Keenan: Seriously!!! How could I pick just one? I can’t but I will say that the chip clip has been a defining moment. I have people come up to me all the time all over the place to ask about them. It happens at events in Ontario, when I volunteered at Registration in St. Louis, Houston and Detroit. The “mockers” will be people I know and many that I don’t. They will be from all over the US, Canada and even Australia. And I blame Mark Breadner for all of it!

Ms. Koscielski: My black quarter-zip sweatshirts – they are so comfortable!!

If you were a FIRST student, what program/subteam would you be part of, and why? (Or, what do you think your favourite part of FIRST would of been when you were a student?)

Ms. Kelso: I definitely would have joined FLL Challenge if it was around when I was a student. If I were on a FRC team, I would have likely been torn between the Chairmans’ team and Build team, but likely steered towards the Chairman’s team….because I like to talk a lot!

Ms. Koscielski: If I were a student, I would have been on the business team, as I always loved business courses in school, preparing documents and more.  I think I would have also wanted to help build the robot, or at least learn, I was good with hands-on building things when I was a kid too. That would have been fun!!

Mr. Keenan: I guess these would be mostly for prospective mentors thinking of starting a new team in any program. Don’t do it when you think you are ready to do it. Just jump in. Be uncomfortable. Trust in the students. You don’t have to be an expert because in all likelihood if you wait until you think you are ready you never will be and you will miss out on so much growth and fun.

Ms. Kelso: Whatever you put into FIRST is what you get out of it. Your FIRST family will always support you and cheer you on. Being a part of FIRST sets you up for success in every aspect of your life.

Ms. Koscielski: Always Believe the Impossible is Always Possible!! Reach for the Stars and Believe in your Dreams!!

Ms. Sils: Challenge yourself to try new things. Even if you fail, you will have learned more about yourself, and you may succeed. In fact, you probably will succeed since FIRST is such a supportive environment. 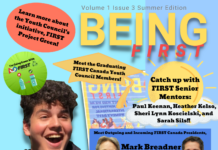 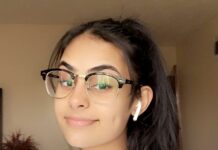 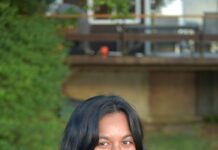 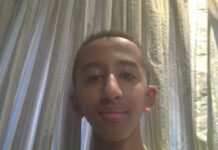